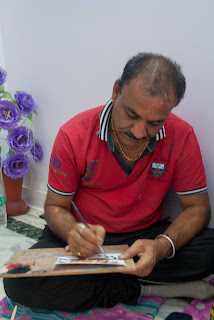 As I travel around in this life, people ask - what is the difference between art & science? Which one should I go for?

For most people they seem to be different paths.

For me like most things in this world, this is just another facet of all prevailing duality. Two sides of the same coin.

The real question is not how they are different. But how their difference can be united to achieve stellar results.

Now if you are asked to make a mark and then later make that beautiful without help of both paths.
You might now ask, why should I be bothered with such trivial information. My answer will be to shift our perspective to a more important question.

We should be asking what difference can we make with art & science, not what is the difference between them.
As earlier this thought came through a meeting during my visit to Udaipur, Rajasthan. I met Mr. Kailash Jinger, who is an artist known for his work on mewar style of painting. He is the chief artist working in Udaipur City Palace and has done a lot of commissioned work on many buildings in and around Udaipur. In his free time he teaches mewar art to mortal beings.
As an artist he could also have been intrigued by the question of difference between art & science. Instead he chose to ask what difference can he make. And the answer he found, started with his own house. He initially started painting his house with the idea of making it a showcase for mewar art. And what a splendid work he has done. Every corner of his house is a testimony of what he is and what mewar art means to him. He has already spent a lot of money and his time (around 6/7 years) into it. 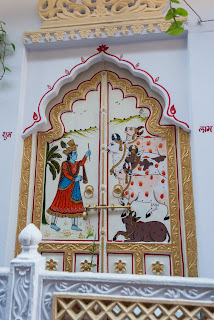 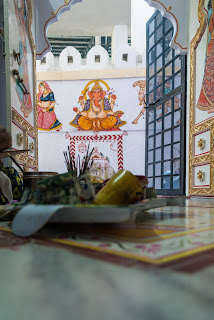 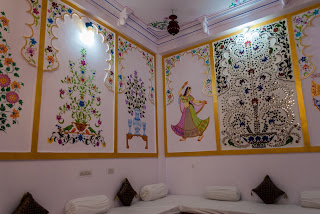 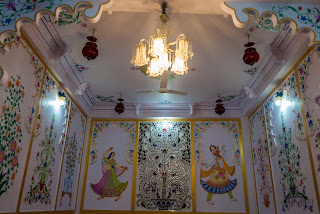 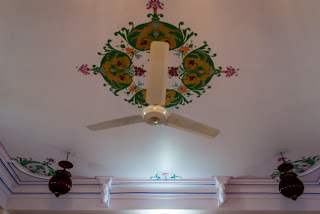 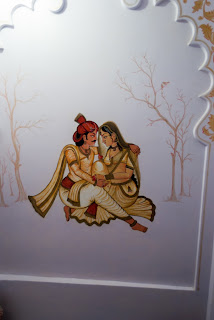 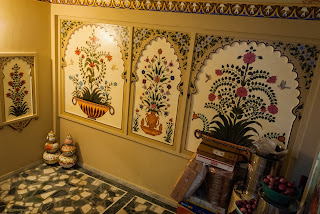 On his roof top, watching the city from above. He said - "You know I did all this, but something was missing. Majorly because whenever I use to come home, everything was beautiful, except the street leading to it It  was littered with garbage, spit and pee. I decided why not extend the art on street and see if people respond positively!". So he took up the challenge and spent time beautifying the street. It took him around 2 years with his own money and the job was completed. People stopped throwing garbage, spiting or peeing on beautiful piece of art. It slowly gained momentum and now the street is part of heritage walk in Udaipur, with government also putting it's clout behind.

So what was I left with? Obviously I secured a promise to live with him next time I go to Udaipur. That will help me more detailed documentation of his thoughts and work. But I decided till that time, at least I can spread his message to whoever wants to listen.

The real question is not what the differences are, but what can be achieved by unification of those differences.
What will you be doing or have done, let's pour it out in the comments section. 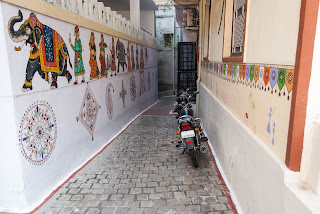 Posted by Soumyojit Ganguly at 7:02:00 am No comments:

The dreams - what motivates us! (Jaisalmer - Part I)

Dreams are always the first step to reality. Most great personalities have been great dreamers first. They dreamed and imagined what the world will be like if their dreams come true. Their dreams were what motivated them and contribute to human societies.

I am not a great and my dreams are pretty much limited to understanding myself. As you all know travel is that part of dream and what can be better than realizing a ‘travel dream’.
Long before I got a job and could travel with my will, a failed attempt gave birth to this dream. My father’s transfer to city of Jaisalmer got cancelled and with that the dream of seeing in person the famed ‘sonar kella’. As it happens with most of dreams, this one took more than a decade to be realized.

Once the travel bug bites, you get addicted. You want to travel all the time. But that does not happen in reality. Even for a die-hard travel buff who wants to visit every place on earth, there are places which they definitely want to visit.
For me Jaisalmer is one such definitely place. 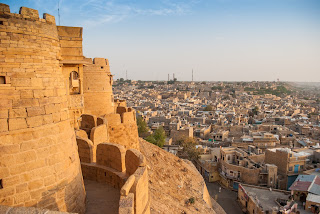 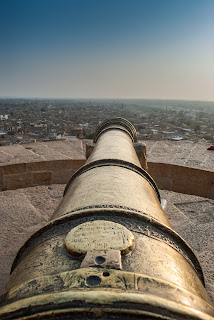 Early morning in month of March, and Jaisalmer gives you a glimpse of what is coming, the summers and more broadly what will feel to be like in a very warm globe. Having heard earlier of fort stays, I too booked a room online with not much idea of what to expect.
It turned out to be more than I could have bargained for that price. A room right inside fort, behind the alley of Rani Mahal, next to big cannon.

The heat was to be respected and time for this feeling to sink in. I decided to park myself in one of the balconies with some grapes and the see the city as the kings of those times might have done. You look at the city and see the multitude of people who might have been dependent on the king. The decision kings make affecting so many people. Then slowly you realize, Oh! That’s something like me. Now if you think it through, in your adult life, you will have at least 10 people who somehow are affected by the things you do. Those 10 people each will know 10 more people who are affected by them and so on. You kind of get the picture. 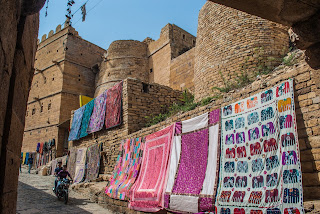 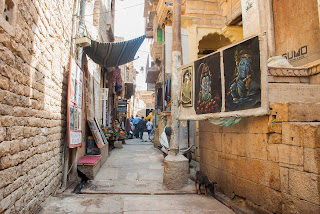 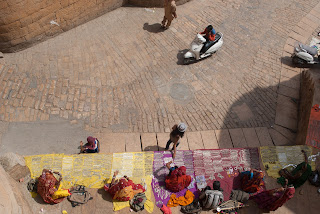 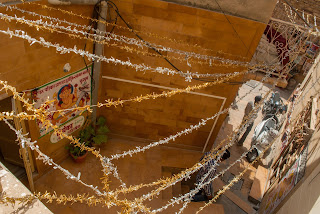 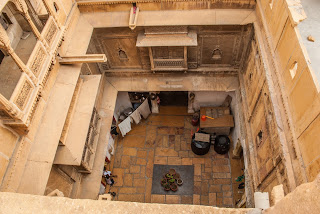 To put into perspective, in earlier times, the kingdoms were built or killed by what dreams their kings saw. In today’s time too, believe me or not, we are directing most resources towards what our governments dream. And if you listen to news, you probably know the effect of good vs. bad governance. 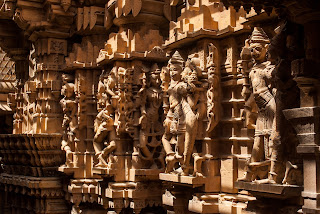 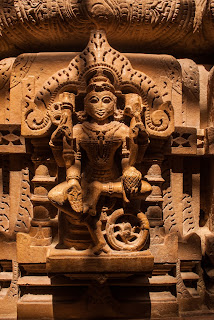 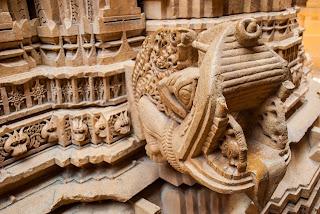 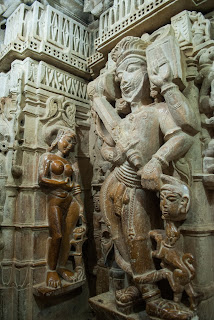 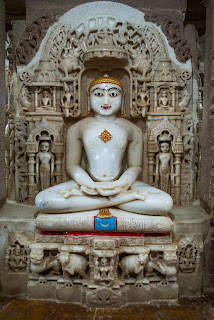 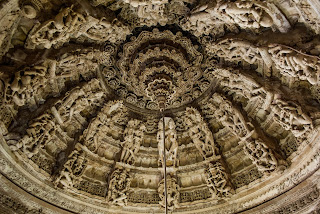 So where does that leaves us at individual level? Do we stop dreaming?
No! Go back to the previous example of affecting 10 people and they each affecting 10 more people. So even at individual level, you have the power to dream and be a change agent for many.
I am not here to preach what kind of dreams you see or what kind of changes you want to bring. My only request is that you affect and motivate many people even if you don’t realize it. So all your acts matter. Make good use of them. And if you are already a dreamer, help others dream too.
You will create a reality that is more than what you dreamt of. 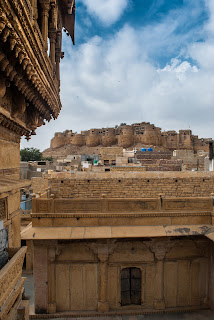 
Since childhood I have been intrigued by mythology. To me they were fairy tales going beyond human imagination and giving teachings of rightful way to live your life. And blessed I am with Hindu mythology, look at so many gods As BBC narrator once said “Why settle on one when you can have thousands”. But if you ask me to settle on one, I will choose Shiva. To me he is more human that god. He has a family to take care of along with completing his duties towards his acetic followers. But what I like most about him is his love for mountains. It seems he loved watching the world from above and observe it as an onlooker, as a third party. His judgement would not be clouded by worldly attachments.

Look at all the places dedicated to Shiva and you are bound to head to Himalayas. One such place close to Delhi is Neelkanth Mahadev Temple in Rishikesh. 21kms by car or 14 kms by road from Ram Jhula is an excellent place nestled among lower Himalayan foothills.

Though you may prefer car or jeep, I will advise once on foot even if it is downhill journey. You will be passing through Rajaji National Park, with some jaw dropping views of Rishikesh city. The route is full of wildlife, with different insects, birds and specially langoors keeping you entertained all the way. The place remains generally empty with the exception during Shiva Ratri and month of Saavan when devotees from all over India pour into these mountains. This will be good time to catch up with some really interesting people and hear stories from inside India which never breaks into prime time.
I have climbed this route many times and never have been disappointed. I have discovered something new, be it in a form of hidden waterfall, spider and bird show or a realization within which changed the way I look at life.

You all must be aware of the legend why Shiva got the name Neelkantha. He drank poison and gave us a toxic free environment.
How can we contribute to that legend. We can also get rid of toxicity from our lives. We can stop being part of blind consumerism. We can stop the wastage of time and resource of things that will not matter to things we love to do. Each one of us has the potential to make this world a beautiful place through our talents. It’s just the question of realizing and utilizing it.
As Amish said in his famous Shiva trilogy – ‘Har Har Mahadev’, can be very true if we can act towards it.

Posted by Soumyojit Ganguly at 8:09:00 am No comments: